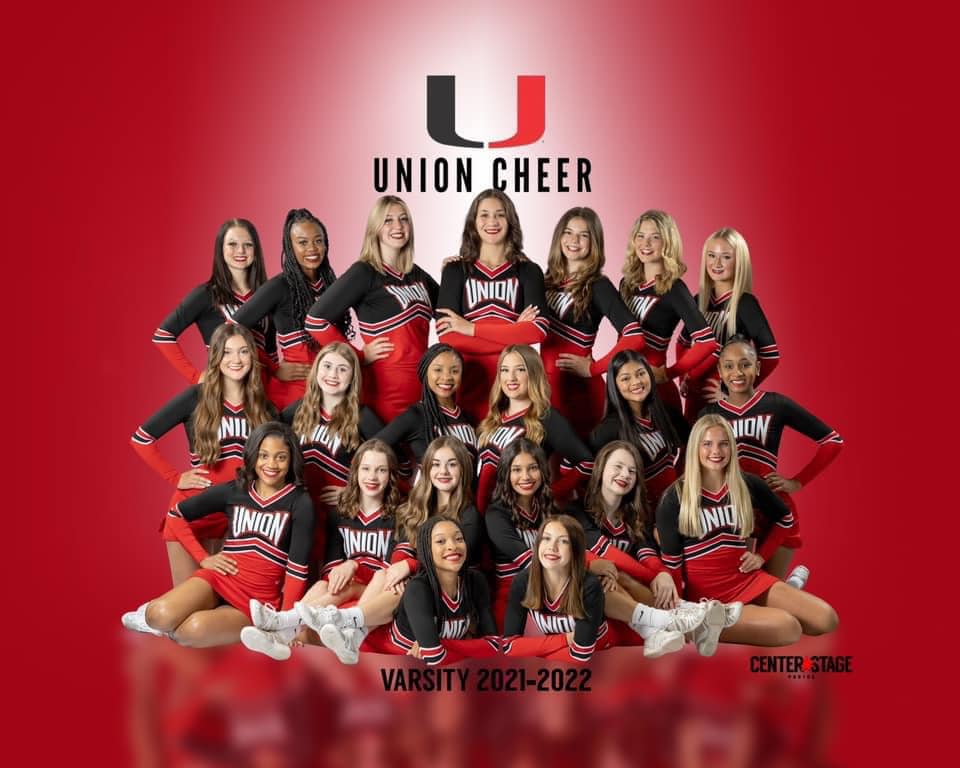 Head coach Tamarah Danzy is proud of the effort her team has put into their routines coming into the 2021 school year. Union has a long and storied tradition of great cheerleaders coming from their ranks and coach Danzy wants that trend to continue.

Union has four state championships to their credit (’90, ’07, ’11, ’13) accompanied by nine National Championships.

“The most recent accolade is winning the NCA National Championship in 2021,” said coach Dany.

Representing Union High School is something coach Danzy and her squad take very serious. Showing good sportsmanship and being ambassadors for the school are opportunities to show what the Union cheer program is all about.

“Union varsity cheerleaders are leaders in the schools by supporting all sports teams, as well as, attending events held by different groups within the school. They are also leaders in the community by volunteering at elementary schools and hosting events for younger students to inspire the youth to reach the full potential,” said coach Danzy.

Maddie LaPointe is a four-year member of the varsity cheer squad and is one of the leaders of the team. Coach Danzy describes LaPointe as a “leader and motivator,” for the team.

“Maddi is also a dual-sport athlete competing in volleyball as well as cheer. She is an outstanding student-athlete the excels in the classroom and with her sports. Maddi is a dedicated member of UVC that contributes to the success of the team,” said coach Danzy. The squad is full of team members who are focused on the classroom and at making this season one of the best in school history. Each member understands that carrying on the traditions of past squads and performing to a high standard is expected at Union and they are eager to meet the challenge.

“UVC will continue the traditions that have been set by the teams before them and keep striving for excellence and creating champions. We are Union!” said coach Dany who has been with the Union program for 13 years.

The state cheer competition is set for September 25th, returning to its normal time of the year and like last year, it will take place in the UMAC at Union High School.