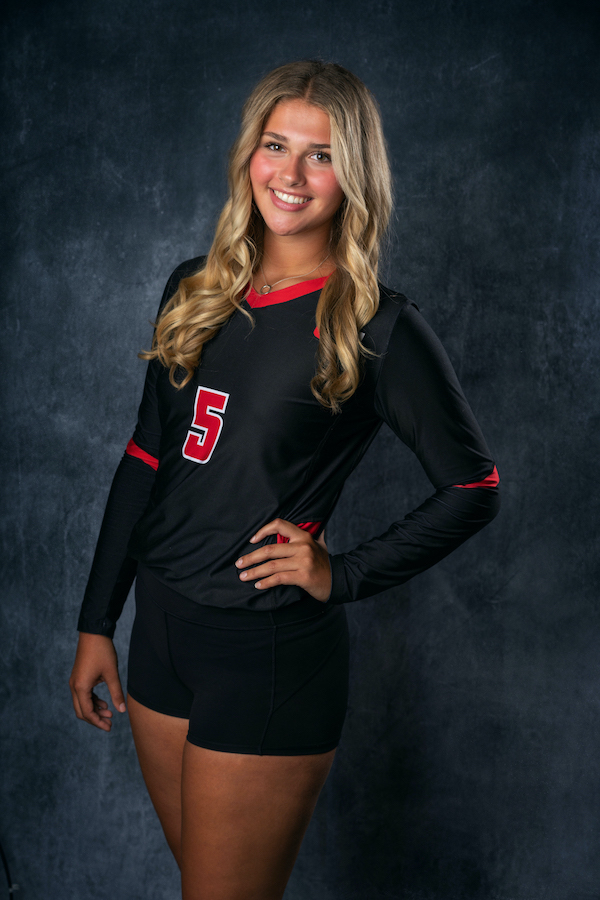 Union High School varsity volleyball player Emily Ludwig is a middle blocker and a true Redskin at heart.
“Union is truly my home. We are all one big family. Everyone gets along and there is always a person to talk to. My favorite part about being involved with Union High School and the community is getting to be immersed with so many different people that I can constantly learn from,” said Ludwig.
As one of the leaders on the volleyball team, Ludwig believes leadership is stepping up and helping your teammates overcome obstacles and encouraging them through the process.
“Leadership is something that I take great pride in and I feel that being a good leader means that you are kind to everyone while actively pushing them to be their best,” said Ludwig.
Ludwig is involved in the Athletic Leadership Council, HOSA and Union tennis.
“The Athletic Leadership Council is a group of students mentored by the Athletic Director and comprised of the top sophomore, junior, and senior class student-athletes who apply and interview for the committee. The goal of the council is to learn leadership skills and share what we learn with our respective team members,” said Ludwig. “I’m also in the YPI led Teens on Board philanthropy initiative is a group of students whose goal is to get their fellow classmates actively involved with filling out the FASFA and applying for scholarships when going through the college application process. My position within the group was secretary which involved preparing the agenda and taking notes during meetings.”
As a HOSA member, Ludwig is involved with an International student organization that promotes career opportunities in the healthcare industry.
“I became a member as part of the PLTW/STEM Bio-Medical program. Community service projects are a requirement of membership. Our group volunteered with a variety of health-oriented groups such as CARE (Compassionate Animal Rescue Efforts) and Oklahoma Blood Institute. We also assisted with various science projects and labs throughout UHS during the year,” said Ludwig.
Ludwig said her father has been a big influence on her, pushing her to do her absolute best.
“He has always taught me to strive for greatness and never settle for anything less than I am worth,” said Ludwig.
Her future plans include attending the University of Oklahoma to study Biology and Pre-Med